At a time when Reno County residents are shifting their lives to be more home-based than ever, they’re looking for different ways to find entertainment, recreation and exercise outdoors.

“It has been so evident that getting outside and using outdoor spaces is important. The parks have been busy, and it’s encouraging to me as a park director,” said Justin Combs, Director of Parks & Facilities, City of Hutchinson. “Of course, it didn’t take a pandemic for us to know that, but I think people have started seeing the value of parks and public spaces in a whole new way.”

Although public playgrounds were shut down briefly in March due to uncertainties about how the COVID-19 pandemic would unfurl, parks and walking trails have seen a tremendous surge in visitors.

“The trails have been especially busy. There’s much heavier usage, especially by bicyclists. Harley’s Bicycles told us they were having a hard time keeping up with demand! There were supply chain issues as well, but most of that was driven by local people wanting to ride.”

The City of Hutchinson, in partnership with Hutch Rec, recently received funds from Pathways to a Healthy Kansas from Blue Cross and Blue Shield of Kansas to create a Parks and Rec Master Plan. This collaborative effort has helped both organizations to better plan park improvements and recreational opportunities.

“Through the master plan, we were better able to determine which parks were the lowest scoring in terms of amenities and improvements, and many of those parks, like Bernard White Park, we were able to invest in. The Pathways grant also helped fund improvements at this park.”

As more and more people hit the trails, courts, fields and playgrounds, those who’ve invested in these community assets are glad to see them delivering their full potential. It’s also bringing awareness to families of the importance of spending time together in different ways.

“It’s so easy to overprogram our kids. During softball season, I have practice four nights a week, and games two nights a week. When everything got shut down, people were able to evaluate how important all these activities are. Maybe they see more value in just going out to play at the park. Maybe it’s something people don’t take for granted as much anymore.

Imagine if we hadn’t invested in city parks. All these people wanting to get out of their house, and where are they going to go?”

To learn more about the Pathways to a Healthy Kansas program in Reno County, visit healrenocounty.org/pathways. 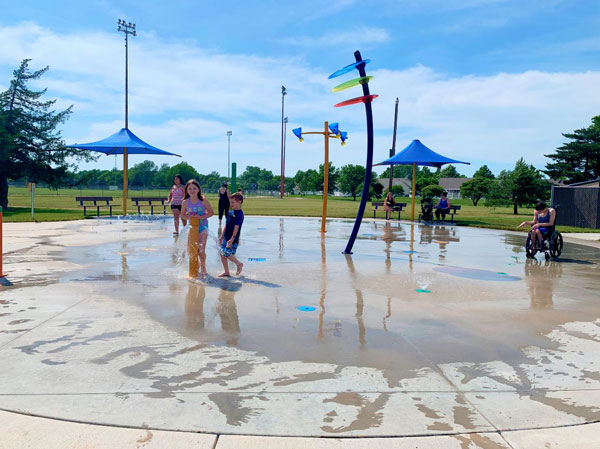 Above: The splash pad at Rice Park was a popular place for families to safely enjoy the outdoors and cool down from the summer heat.

View a Previous Version of This Page 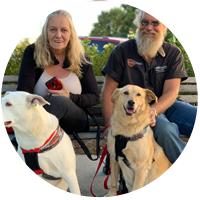 • City of Hutchinson Parks and Recreation